Guido has this dismal news:

He writes:
'Voters in Kent will be pleased to discover that their hard-earned taxes have been going on promoting extremist group Extinction Rebellion to children as young as 7. Here’s Ramsgate Arts Primary School asking parents and teachers to take part in a “climate justice” printing session with their new art teacher, who will teach pupils how to decorate their clothes with slogans and symbols from a radical far-leftdoomsday cult hell-bent on the wholesale destruction of the global economy. Even the new eco-Gove would think twice before putting that in the National Curriculum…

“Our new art teacher Karen Vost will be printing Extinction Rebellion climate justice symbols and messages on clothes if you or your children would like to learn to print and learn more about climate change please pop along and meet Karen.”

An art teacher indoctrinating children into a radical cult making claims about human extinction too extreme for even climate scientists to support. All paid for by you…'

Even Young Germans are Seeing Through the Climate Scaremongering

As published on Pierre Gosselin's site No Tricks Zone

He writes about it as follows:

'What follows today is really quite cool, and highly encouraging in a country known for lockstep thought.

Over the past months we’ve seen great media hype in Germany surrounding climate alarmist youngsters like Greta, FFF and more recently Rezo, who have played major roles in stirring up a lot of climate hysteria, all aided and abetted by the established media.
But apparently in Germany there are a few young, hip persons pushing back on all the climate hype and hysteria with their own videos that have since gone viral.

The latest video comes from young German teen Naomi Seibt, who has decided to think for herself and check what’s really behind the climate “science” and hysteria.'
That's her video above, at the start of this post.  Pierre also reports on another young person striking back against the scaremongers' dogma:
Pierre: 'Another spectacularly successful climate hysteria skeptical video was recently produced by German JasonHD on May 24th. In it he takes down climate alarmist and leftist political agitator Rezo (mentioned above) point by point.
JasonHD dismantles the “manipulations and untruths concerning climate change”.'
See the original post for more details of each video.  They are encouraging for those of us concerned about the indoctrination and brainwashing of youngsters.  Every confirmation that the climate scare brainwashing does not fool all of them all of the time is good news.
Posted by JS at 14:24 No comments:

Susan Crockford is one scientific specialist who has hit back at the Climate Crisis Science Establishment with many excellent posts, papers, and books.  Recently, she published:

2. Polar bears need summer sea ice to survive.  False: polar bears that have fed adequately on young seals in the early spring can live off their fat for five months or more until the fall, whether they spend the summer on land or the Arctic pack ice.

3. Ice algae is the basis for all Arctic life. Only partially true: plankton also thrives in open water during the Arctic summer, which ultimately provides food for the fish species that ringed and bearded seals depend upon to fatten up before the long Arctic winter.

4. Open water in early spring as well as summer ice melt since 1979 are unnatural and detrimental to polar bear survival. False: melting ice is a normal part of the seasonal changes in the Arctic.

5. Climate models do a good job of predicting future polar bear habitat. False: My recent book, The Polar Bear Catastrophe That Never Happened, explains that the almost 50% decline in summer sea ice that was not expected until 2050 actually arrived in 2007, where it has been ever since (yet polar bears are thriving).

7. Polar bears in Western and Southern Hudson Bay are most at risk of extinction due to global warming. False: Ice decline in Hudson Bay has been among the lowest across the Arctic.

10. Experts say that with 19 different polar bear subpopulations across the Arctic, there are “19 sea ice scenarios playing out“ (see also here), implying this is what they predicted all along. False: In order to predict the future survival of polar bears, biologists at the US Geological Survey in 2007 grouped polar bear subpopulations with similar sea ice types (which they called ‘polar bear ecoregions,’ see map below).

Given that polar bears have been promoted as being under acute threat from our CO2 emissions, there will be many teachers using them as attention-getters in lessons on climate change.  Here's hoping that they would not want to mislead their pupils.  After all, many are being scared witless as it is, and if that is due to duff (or probably more commonly, inadequate) information that would be quite a shameful thing.  As Crockford notes in her title, parents should also be keeping their eyes on this.
Posted by JS at 15:13 No comments:

Helping school teachers cope with the onslaught of climate-scare propaganda is an important task.  It seems very unlikely that that propaganda will go away for many more years to come - there being too many vested interests benefitting from it.  So it is a question of mitigation.

Paul Driessen reports on an initiative aimed at helping with this:

'It’s time to challenge the steady diet of bias, false information and alarmism on climate change that students are fed in and outside of their classrooms. Science and public policy analyst Dr. David Wojick has launched an important new project to do exactly that.
From kindergarten onward, our young people are repeatedly told that they, our wildlife and our planet face unprecedented cataclysms from manmade climate change, resulting from our fossil fuel use. The science is settled, they are constantly hoodwinked, and little or no discussion is allowed in classrooms.'
Dr Wojick has so far compiled a list of nearly 200 video clips of talks or other material by people who have not lost their minds over the CO2 panic, and whose expositions could help youngsters realise, at the very least, that there are strong scientific, social, economic, and political grounds for calling halt to the madness.  For example, here is his list of videos featuring Prof Lindzen:   https://ccdedu.blogspot.com/2019/05/videos-by-richard-lindzen.html
He has also been working on what he calls 'gatebreakers', and has produced these three:
1) Are hurricanes getting worse or not?
2) Are we coming out of the Little Ice Age?
3) Is the sun causing global warming?
These are brief posts apparently aimed at encouraging people to pause before presuming the Panic Position on a topic is immune from rational criticism.  He also provides, in sister posts, links to topic searches on Google Scholar to back this up.  These are in spirit a bit like the '10-minute trainers' I have posted on this blog.
He is seeking funding for developing this project further.  Donations can be made on this crowdfunding link:   https://www.gofundme.com/climate-change-debate-education
Looks very worthwhile to me, and I hope he has great success with it.  Here is an extract from his appeal for funds:
'Help me build a skeptical climate education portal
Students and teachers need skeptical science and we plan to deliver it.
There are many on-line sources of alarmist climate change education materials (see my listing of 33 ) but none for the realistic skeptical view. A recent poll says that many teachers want to teach about the real climate debate, not just alarmist side. But skeptical teaching materials are scarce, so we propose to build a climate change debate education website, with your help.
On the content side we are collecting classroom material that is suitable for high school or lower grades, which means it has to be relatively non-technical and non-political (no bashing). I myself have five lesson plans to put in, on solar activity, the little ice age, ocean circulation, etc. Our team plans to write more.'
Posted by JS at 17:38 No comments:

RIP Christopher Booker, your climate writings will inform and help teachers & pupils for many years to come

The GWPF has reported the passing of the journalist Christopher Booker 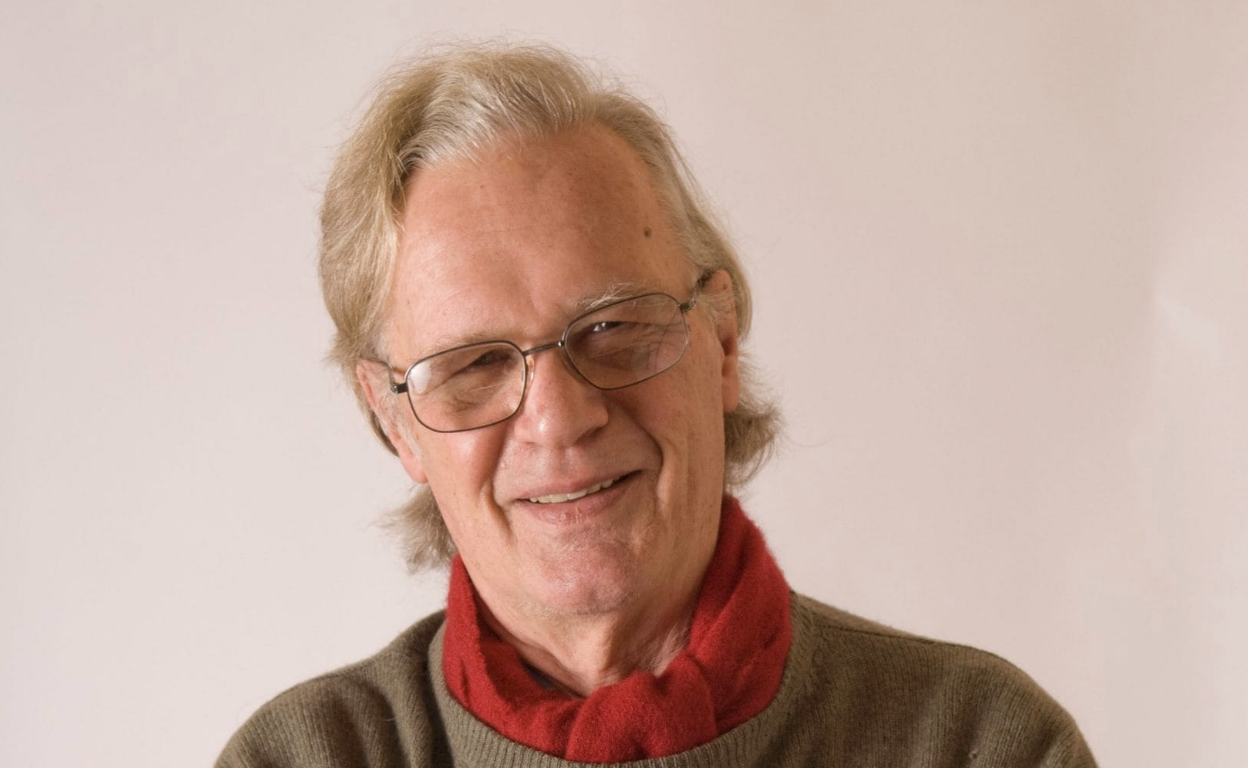 'Everyone at the GWPF was saddened to hear of the passing of our friend and colleague Christopher Booker, one of the doughtiest campaigners against global warming hysteria and vested interests in the climate debates.
Booker’s Sunday Telegraph columns never failed to question orthodoxies and to ask awkward questions about global warming dogmatism.

He wrote two highly successful reports for the Global Warming Policy Foundation. The first, in 2011, looked at the BBC’s biased coverage of climate change, while the more recent paper on groupthink has been one of GWPF’s most successful.

An archive of Booker’s enormous contribution to climate sceptical thought and critical analysis over the last ten years can be found on the GWPF website.

Christopher will be fondly remembered by all at the GWPF for his erudition, bravery, integrity and his endless good humour.'

His books 'Scared to Death: from BSE to Global Warming, why scares are costing us the Earth' (co-authored with Richard North) and 'The Real Global Warming Disaster' deserve to be in every high school library, along with his GWPF publications listed at a link above, in anticipation of the day when senior pupils will do projects trying to make sense of the CO2-driven lunacy.  They will benefit from his lucid writing, his ability to spot foolish and ill-informed actions and beliefs, and his detailed tracking of who did what and where and when, all backed up by references.  As well as helping them get their projects done, he will also provide reassurance that not everyone engaged by the hyperbole around rising CO2 was credulous, or venal, or malevolent, or self-centred, or destructive of society and progress during these past few decades of the madness.
Posted by JS at 17:51 No comments: