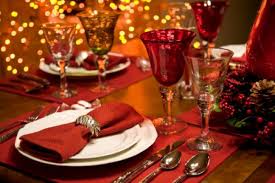 The beautiful music and sentiments generated by people inspired by Christianity are wonderful to behold.  A non-religious person like me can still be bowled over by them.  This is a good time of year to note that while so many people take a break from their routine to have joyful celebrations.

Jo Nova has a guest post up from Tony Thomas on the materials being provided for Australian schools by the Australian Academy of Science.  You might have thought that the Royal Society in London had been scraping the bottom of the barrel on climate, but they are being left behind down-under in getting to the children.  Jo introduces her own comments on the post with
'Wow. Just wow. Tony Thomas has uncovered the material the AAS provides to thousands of Australian teachers and students under the guise of science education resources.  As far as climate science goes, they might as well have hired Greenpeace. '

Here are some extracts from Thomas' work, under headings which I have added in bold:


There’s a special Activity 6.6 Climate change and Politics. “Lesson outcomes: At the end of this activity students will …  appreciate the need to lobby at all levels of government to ignite and lead change – even if it is unpopular with the voters.”

The young climate zealots are  to pester politicians: “Encourage students to engage with a local MP or councillor about science policy, environmental concerns and action. Do they have a voice? How would they vote in light of current policy and action?”

And yet more. Teens are to invite local community environmental campaigners and champions into the class, “with your teacher’s permission”, to “discuss their cause and the science behind their campaign.”
The   Climate Change Champions guide for teachers explains,
“Step 1: Start with a broad discussion on local champions and heroes – who are they?”
And   “Students learn more about climate change action by studying environmental champions and campaigns in their local areas. What cause would you stand up for?”
Occupy Highpoint Shopping Centre, perhaps?
Junk Science


To really catch the teenagers’ interest, the Academy transposes climate instruction into song bymelodysheep,   “A musical investigation into the causes and effects of global climate change and our opportunities to use science to offset it. Featuring Bill Nye, David Attenborough, Richard Alley and Isaac Asimov.”

Climates all start in the sky/
When the C02 is high/
the temperature is high/
Moving together in lock step/
When the C02 is low/
the temperature is low/
Moving together/
We can change the world.
(The song  is wrong. Even the orthodox climate crowd  accepts ice core evidence that CO2 has lagged  temperature by 800 years or so.).
“Hottest summer EVER” shouts a sign about Australia’s 2012-13 summer, a big fib to children doing the “Big Scale” module as the Academy has no idea what temperatures got to in the pre-1900 millenia. Indeed the 1890s peak could well have been hotter than any in the 2000s – the Met Bureau  trashed all of its temperature data  pre-1910. Also odd is the Academy claim here that “climate” involves a 20 year span of weather[7]; the convention is 30 years. That’s an own-goal: the warming halt is now nearly 20 years and hence significant on the Academy’s definition of climate.
Irresponsible Stupidity


In “The Experts Speak”, 16 year old students are advised to “Click here to hear some scientific points of view.” What they get is videos of conspiracist Naomi Oreskes  (warming sceptics = tobacco lobbyists); Greenpeace Australia/Pacific ex-CEO and Gore-worshipper Linda Selvey; US alarmist teacher Greg Craven (caution: not our ACU vice-chancellor Greg Craven); and a producer of alarmist videos James Balog. Alongside them is a suffering earth-globe holding a sign, “Act Now”.

Oreskes should be the  front-running joke with her fiction about a mass climate extinction of kittens and puppies in 2023 (not cited in any Academy material). But Craven takes the cake:

“The worst case – this is sea level rising 10-20ft, entire countries disappearing, hundreds of millions of people displaced, crowding in their neighbours causing widespread warfare over scarce resources and longstanding hatreds. Entire forests dying … a world that makes Al Gore look like a sissy Pollyanna with no guts, sugar coating the bad news.”
The Teachers’ Guide says:   “As a class watch the video by Greg Craven and have a class vote on whether action is warranted.“
Fanaticism


Other videos feature  Gore himself in another of his error-riddled rants. This time (2009), he  claims that worrying climate trends are even worse than scientists predicted,  and agonises about polar ice shrinkage –the Academy does not alert kids that Arctic sea ice has recovered strongly and global sea ice trends show nothing abnormal.  ( Arctic sea ice extent is now at its highest level for November since at least 2005). The Antarctic, Gore says, “is now in negative ice balance” –   it’s actually positive,  says NASA .

In yet more  inaccuracy, Gore claims weather disasters “have been increasing at an absolutely extraordinary and unprecedented rate.”


At the end of term, students are invited to select a (green) world conference  to hypothetically attend, including (by backward time travel) the June 2012 Rio+20 Agenda-21-touting jamboree. Links lead them to the preliminary conference on “Degrowth in the Americas” in May 2012 in Montreal, run by and for  certifiable  eco-lunatics. Aiming for a  “post growth healing earth” they want to send Western economies backwards to “avert ecological collapse while enhancing social justice and improving life’s prospects… and build towards a truly prosperous world.” A click away, kids can browse  a paper on eco-friendly and humane policies of the Cuban government.

At Year 9 (age 15) level, kids are shown an ABC video about Arctic sea ice disappearing, with plenty of spooky music and shots of melting ice. An unnamed scientist intones, “There is a group that makes a very strong case that in 2012 or 2013 we will have an ice-free Arctic – as soon as that!” Reality: the 2013 minimum  figure was about  5.1 million square km of ice. Have science teachers been pointing that out – or might such objectivity hurt their careers?


It may seem  a  wonder that none of 9000 high school science teachers (let alone Academicians of integrity) has had the wit or integrity to complain to the Academy about force-feeding climate-activism to students. Those with qualms may be relying on the Nuremberg defence – “I was following union orders”. The all-powerful teachers’ unions have not only endorsed  “action on climate change” and “lobbying in support of a sustainable low carbon economy” but proffered to teachers their own “Environment Resources and Action kit” and backed a Council of Trade Unions (ACTU) climate campaign based on “a union perspective”.


Note added 17 Dec: Tony Thomas has done a lot of research this year into those who wish to recruit children as footsoldiers for their cause.  As well as the post linked to above, there are these:

The title is from a typically lively and hard-hitting article by James Delingpole, concerning the extent of brainwashing in British schools.

Brainwashing techniques included removing previous sources of support for an individual, and for children this generally means parents and close family members.  By rubbishing them through rubbishing our history, blaming them for global warming, and causing utter confusion about sexuality, the children are made more vulnerable to the imposition of the preferred dogmas.  The addition of scaremongering brings another technique into play, that of fear - fear of the future, fear of what happen if these preferred dogmas are not adopted.

"Nowhere, perhaps, is the march of the Mind Police more evident than in the way virtually the whole curriculum has been hijacked by environmental issues.


A popular revision guide for GCSE English gives this example of a ‘boring’ sentence that may receive ‘zero marks’: ‘Global warming is a bad thing.’ And this as a ‘much better sentence’: ‘Global warming is a very serious and worrying issue.’
Even foreign languages are not immune. A Heinemann textbook for A-level French invited pupils to study an open letter by a French environmentalist warning schoolchildren that on global warming ‘scientists are unanimous’, and ‘never in the history of humanity have the dangers been so great’.
Then there’s the Climate Cops initiative in schools — sponsored by energy supplier npower — in which children were given police officer-style notebooks so that they could ‘book’ themselves, their friends or family members if they saw them wasting energy or performing ‘climate unfriendly’ acts."

He ends with these words:

"Some people might think I am overstating the case. But there is a deadly serious point to all this, and I passionately believe that the way our children are being inculcated should give us all pause for thought.
If every child leaves school believing that Britain’s imperial history is evil, that open-ended human rights must be extended to everyone, including the wicked and the criminal, and that the world is getting catastrophically hotter, then eventually everyone in Britain will hold those views.
And, crucially, anyone who dares to challenge them will be a social outcast. If that happens, with every passing year a country with a long and proud history of liberalism will, ironically enough, become a bastion of intolerance."

The disgraceful promotion of climate scaremongering in our schools seems to be but a part of a far wider campaign to wreck our society.  Well done James Delingpole for giving us so many powerful examples of this.