“The indoctrination of high school students as a directive of the UN’s Agenda 21 and common core global education standards has shown up in exam papers.”
Thus writes Ian Wishart* in an article published last week on the NZ website Investigate Daily.  He continues:
“Two exam papers from different students in the 2008 year are clearly wrong on the facts, but nonetheless gained “Excellence” in New Zealand’s National Certificate of Educational Achievement (NCEA) exams and are paraded on the Ministry of Education website as “exemplars” to measure up to.
The two exams show children were brainwashed with inaccurate information on history, and caricatures of modern worldviews reflecting curriculum bias.
You can read the offending exam papers here exemplar-3-2008-exam”
One of the questions required the pupil to compare and contrast ‘capitalist’ with ‘indigenous’ world views.  A caricature of each seems to have been taught to the pupils, and these caricatures are admired in the examples.
Now, given that capitalism has led to the most dramatic improvements ever in the quality of life of people (e.g. with respect to air, water, food, and shelter quality), of domesticated animals (modern husbandry practices), and indeed to great strides forward in helping conserve wild animals and wild lands, and that primitive lifestyles have made no such progress, you would be astonished to learn that remarks such as the following seem to have received high marks in these New Zealand exams:
‘[The capitalist world view] is that the economy, society and the environment are in no way connected and therefore not affecting one another.”
‘[The indigenous world view is that] the environment, society and economy are linked and each individually important and highly significant to the other.’.
‘Culturally the capitalists behaviour is to live in the present, with little reverence of interest in their ancestory [sic] and their traditions are selectively upheld.’
‘The indigenous people place a lot of emphasise [sic] on tradition and pass it on orally through generations so their history is ‘alive’.  This benefits these later generations significantly as they can learn skills such as hunting, fishing and harvesting.’
‘The capitalists practise exploitation against [sic] the environment.  They are production and resource based.  They use the natural resources of the land to turn a profit..  When the resources in that particular area are used up they simply move on, destroying that land for future generations.’
‘The indigenous people work in harmony with the land.  They act as stewards of the land, without enforcing their power over it as they are spiritually connected to it.  They practise subsistence production, taking enough and no more from the land.’
See the exam papers for more examples: http://www.investigatemagazine.co.nz/Investigate/wp-content/uploads/2013/10/exemplar-3-2008-exam.pdf
Now this simplistic romanticisation of ‘indigenous’ societies and equally simplistic demonisation of ‘capitalist’ societies is so widespread, that the poor teachers and pupils can scarcely be blamed for replicating it.  Yet where is the success?  Where are people healthier, better fed, better sheltered, and so on?  Where do people live longer?  Where are slash and burn agricultural practices most discouraged?  Where is air quality, indoors and out, higher? Where is environmental improvement and conservation more strongly supported? 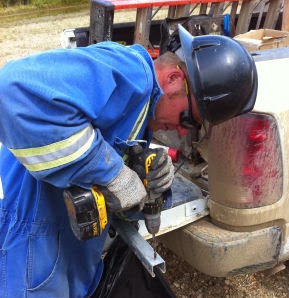 The gross simplifications are of course part and parcel of the promotion of 'sustainable development' - a notion that would be more informatively described as 'suppressed development'.

It would be better if both pupils and teachers were less dogmatic here.  Capitalism is at heart, the simple matter of free trading amongst individuals and communities, and the accumulation of surpluses with which to try for more and better things.  As Adam Smith pointed out long ago, the pursuit of individual self-interest that this seems to imply is highly conducive to societal improvement.  Others have noted that this also thrives best under conditions of intellectual and political freedom.  To merely disparage one caricature, and look at the other through rose-tinted spectacles is not good for education.  Good for indoctrination though.  Perhaps essential for that.

*Ian WIshart has just published a book called ‘Totalitaria’:
‘An explosive new book says the United Nations has rolled out a global education policy designed to indoctrinate children to accept a planned world government regime.
Revelations are made in the new book “Totalitaria: What If The Enemy Is The State?” by award-winning investigative journalist and bestselling author Ian Wishart.
The book reveals the policy is part of Agenda 21 and also the UN’s world education curriculum, and it has been implemented in as part of NCEA national standards and will underpin the controversial “Common Core” education standards in the .
Journalist Ian Wishart says the agenda actually stretches back almost to the inception of the United Nations:
“Back in the 1950s the top officials in the United Nations came up with a very long term plan to change the world to accept a global ruler. They felt the only way to bring world peace was to bring in some form of global government based on new spiritual values of peace and love. In the book I quote the UN officials and their documents on this.
“They figured out the most strategic way to force this change was to build up public fear about different world problems, so that eventually people would practically beg for global government – which, of course, the UN was perfectly placed to provide.”
Among the crisis opportunities they seized on was climate change.’
More details here: http://www.investigatemagazine.co.nz/Investigate/4657/climate-change-and-global-governance-linked-to-green-religion/
Looks very promising...

Kindle edition available here: http://www.amazon.co.uk/Totalitaria-What-Enemy-State-ebook/dp/B00GAN74WS
[Note added later: I've skimmed through the Kindle edition, and I must warn readers that it is a rather frantic, lively account of Lucifer-worshipping people of influence in the UN and elsewhere.  That makes it a bit hard to take seriously, but it does contain a lot of information as well as provocative comments.]