What 'every schoolchild knows' ... a stack of deceptions and myths about climate

From an article in the Washington Times, by Roger Helmer (an MEP with a blog here: http://www.rogerhelmer.com/) :

'The East Midlands region of the United Kingdom, which I represent in theEuropean Parliament, has just committed $1.5 million to "climate change skills training" (read "propaganda").


And the propaganda works. Every schoolchild knows about dangerous sea-level rise. But the children don't know that it's simply a projection of a virtual-reality computer model. They don't know that in the real world, sea-level rise (at around six to seven inches in 100 years) is the same as it has been for centuries, that the Maldives and Tuvalu aren't sinking beneath the waves. They don't know that successive IPCC reports have consistently reduced their alarmist estimates for sea-level rise by 2100.
Every schoolchild knows that the ice caps are melting - but glaciers and ice fields accumulate snow (which compacts to ice) at high levels, while chunks of ice break off at the margin. Vast blocks of ice tumbling into the sea make great video footage, but they say nothing about warming or cooling. That's simply what ice sheets do.
There has been some retreat of glaciers since about 1800 (long before CO2 became an issue), but geological evidence shows that glaciers regularly advance and retreat with the Earth's climate cycles. We are simply seeing a natural recovery from the Little Ice Age. And global ice mass is broadly constant.
In 1942, six Lockheed P-38F Lightning fighters were lost in Greenland. In 1988, they were rediscovered under 270 feet of solid ice. That's an ice buildup of nearly six feet a year.
Every schoolchild knows about the plight of the polar bear (the alarmists' pinup species), threatened by climate change. But how many know that polar bear numbers have increased substantially in recent decades and that polar bears are thriving?
In each of these cases, the alarmists put the projections of virtual-reality computer models ahead of real-world observation. Yet these models are programmed with a wide range of estimates and assumptions - including the assumption that CO2 is a major cause of warming. Little surprise, then, that they predict that outcome.
The models are seeking to make predictions about climate, which is a complex, chaotic nonlinear system. Yet a key feature of such systems is that they are hugely sensitive to initial conditions and therefore simply cannot be predicted in the long term.
But all the models make one clear prediction - that with a CO2 greenhouse effect, the maximum warming will occur high in the atmosphere and over the tropics. Here at least we have a prediction we can test. And the models fail the test. Observation shows the greatest warming at ground level and in the Northern Hemisphere. Because science moves forward by falsifying predictions, this one fact refutes AGW theory.'
But what do our teachers teach on this subject?  Is it even possible for state-funded teachers to teach sense and science in this area?  I plan a post on climate propaganda aimed at teachers in Scotland next week, after I have completed a long overdue post 8 of 8 on Schools' Low Carbon Day.
I have done a quick search for the East Midlands story alluded to in the Washington Times piece.  It could be this (which gives a glimpse into one small corner of the massive indoctrination effort underway in the EU on climate alarmism, and the associated rush to ludicrous and extravagant energy sources such as windfarms):
'21st August 2010
On 23rd July, CLG confirmed the package of measures worth £9.75 million nationally to build skills and capacity across the range of local authority responsibilities needed to tackle climate change. Of this sum, £950k has been received by EM IEP.
Broadly, the funding is to support the decentralisation of power to the local level by enhancing the skills and knowledge planners need, including in planning for increased renewable energy supply, and encouraging local communities to take positive action on climate change. It may be used to support local authorities for the following purposes:
See: http://www.climate-em.org.uk/news/item/950k-announced-for-regional-climate-change-skills-fund
Posted by JS at 16:58 No comments:

Dipl.-Ing. Pierre L. Gosselin publishes and regularly updates a list of climate-gates, currently 94 long.  This is a list which should be of great interest for those teachers willing to help their pupils challenge the establishment line on climate.

Science, economics, journalism, politics, geography – teachers in any of these areas will find examples with which to entertain, inform, and caution their classes about the trickery and subterfuges out there in the big bad world of climate alarmism. 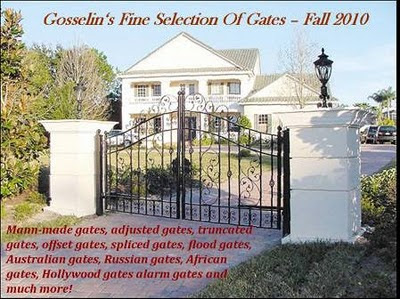