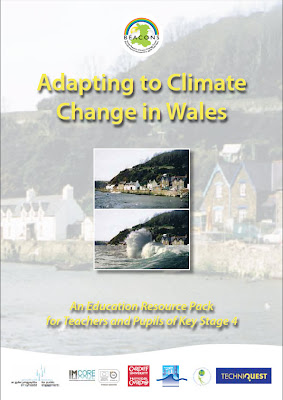 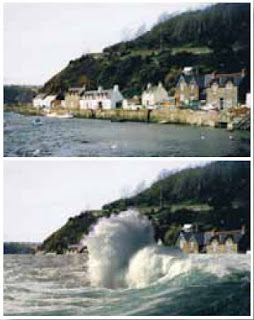 Note added 26 October 2011.  Mostlharmless has more criticisms of the Cardiff Concoction here: http://mostlyharmless-room-101.blogspot.com/2011/09/education-or-muddled-disinformation-and.html#more
I am still hoping to find time to work through the materials, but so much else is going on just now.
Posted by JS at 11:26 2 comments:

An insightful interview of a Dr Calor reported by Dr Briggs (Hat tip: http://tomnelson.blogspot.com/)  Hot stuff.  This could be a breakthrough for providing insight into the previously more mysterious thought processes of climatologists.  Perhaps the less virtual of them might see something of their own 'reality' here?  The words of Burns spring to mind:

Here is an extract from the interview:

'But satellites don’t directly measure temperature. Isn’t it so that they measure radiation and through a physical-statistical algorithm estimate temperature?
This is natural, yes.
This implies that there is uncertainty in that estimate: another plus and minus. Do you account for that in your estimates?
These satellites are calibrated by very complicated computers, a very expensive process. We are confident in the data they produce.
Taken in all, we are as sure as we are about anything that the temperature has increased a few tenths of a degree and that most of this increase is due to the activity of mankind.
How do we know that?
We build very beautiful, extraordinarily complex computer models which prove this. Although they are difficult to fully comprehend, at base they are very simple.
We know that carbon dioxide captures heat in the lower reaches of the atmosphere. The more CO2 there is, the more heat captured. We also know that a doubling of pre-industrial levels of CO2 will only raise the temperature an insignificant amount. Yes?
So we build into these models a feedback mechanism that says as more CO2 is added, the temperature increases non-linearly. We then run these models and we find exactly what we expected to see: increasing CO2 leads to a positive feedback in temperature!
But aren’t you just seeing what you put into the model? It’s not quite an independent verification of the theory.
You forget that we also have evidence that these models have produced simulations that look, after some processing, like actual observations. That should be enough proof that our theory is correct.
Perhaps. But aren’t there literally hundreds of knobs and dials that you need to tweak to “tune” the models so that they first produce those simulations? Do you have independent evidence that these models predicted new data better than predictions based on the assumption that your theory is wrong?
Look here, young man. I hope you are not going to take the denialist position. If we don’t do something now, by the time we confirm everything, it may be too late.
You can’t argue with that. Thank you for talking to us, Dr Calor.'
Posted by JS at 17:23 No comments:

Albert Gore: how much harm can one man do?

Today sees some kind of last-ditch fundraising effort by Al Gore, a profoundly unpleasant man whose movie, 'An Inconvenient Truth' is full of untruths and should never in a month of Sundays have been issued to schools in the UK.  The harm from it must include the needless and shameless frightening of children, and probably a great many teachers as well.  Further harm will arise from the misleading information presented.  Further harm will come from the cynicism about science and politics and teachers that must follow as the nonsense about climate is, as is happening almost daily, more widely exposed for what it is: non-sense.  Harmful nonsense that has helped bring about increased famine through bio-fuels, increased energy prices through windfarms and the like, increased pollution through relocation of industries, and general distortion of the commerical and political 'marketplace' through excessive and sometime corrupting obsessions with 'carbon'.

But amidst all this gloom and the ongoing tawdry schemings of 'environmentalists' such as Gore, we have some sparks of humour to help cheer us up.  Please visit Bishop Hill's site to see more of Josh's cartoon series to mark this day:

One of the ways in which the facile alarmism about CO2 being pushed at and within schools can be undermined is for the more able pupils to raise discussion points during classes.  A recent article in the Canada Free Press site gives a few good questions which look well worth trying.  See the original article here to get background and backup on each of the questions. (hat tip: http://antigreen.blogspot.com/)

How do you explain that global temperatures according to UN data have not increased since 1998 and there has been no significant warming since 1995?

Are you aware that even the UN IPCC does not consider climate models to be “predictions” or “forecasts” but merely emission scenarios?

Are you aware of multiple scientific studies showing the medieval warm period (before SUV’s and human emissions) to be warmer than current temps?

How do you explain that CO2 levels have been much higher in the Earth’s history, but have not coincided with human or animal extinction?

Can you explain why Antarctic sea ice has expanded to record levels in recent years?

Are you aware that Arctic Sea ice has EXPANDED in 2008?

Are you aware of the multiple peer-reviewed studies blaming Arctic sea ice reductions on many factors not related to man-made carbon emissions?

Are you aware that the Earth is currently in one of the coolest periods in its geologic history?

Are you aware that a recent U.S. Senate report features more than 500 scientists dissenting from man-made climate fears—more than 10 times the number (52) of UN IPCC scientists who signed off on alarmist (and media hyped) Summary for PolicyMakers in 2007.

Are you aware that many solar scientists and geologists are now warning of a possible coming global cooling?

How do you explain that an analysis in peer-reviewed journal found COLD PERIODS – not warm periods [..were associated with the greatest climate-related disasters such as major floods, and droughts] ?

How do you explain the recent U.S. government report which found Hurricanes declining, NO increases in drought, tornados, thunderstorms, heat-waves?