The Penny Drops at last for One Climate Alarmist: here is his apology

One climate alarmist has changed his mind, but goodness knows how many to go before the climate scaremongering comes to an end, and children everywhere can begin to recover from all the fatuous shocks and terrors pushed at them from kindergarten onwards.

'On behalf of environmentalists everywhere, I would like to formally apologize for the climate scare we created over the last 30 years. Climate change is happening. It’s just not the end of the world. It’s not even our most serious environmental problem.

I may seem like a strange person to be saying all of this. I have been a climate activist for 20 years and an environmentalist for 30.
But as an energy expert asked by Congress to provide objective expert testimony, and invited by the Intergovernmental Panel on Climate Change (IPCC) to serve as Expert Reviewer of its next Assessment Report, I feel an obligation to apologize for how badly we environmentalists have misled the public.'
Michael Shellenberger, 28th June, 2020.
Source: https://www.forbes.com/sites/michaelshellenberger/2020/06/28/on-behalf-of-environmentalists-i-apologize-for-the-climate-scare/#5bb2dacf1fa8

(Note added later: Many thanks to the commenter below who alerted me to that link no longer working.  His cache link doesn't seem to work either, but I did find this on the WayBackMachine, and I hope it will continue to work .)
See the link to read his heartfelt testimony backing up this apology.  I'll reproduce one more extract here since it is most relevant to this blog:
'But then, last year, things spiraled out of control.
Alexandria Ocasio-Cortez said “The world is going to end in twelve years if we don’t address climate change.” Britain’s most high-profile environmental group claimed “Climate Change Kills Children.”
The world’s most influential green journalist, Bill McKibben, called climate change the “greatest challenge humans have ever faced” and said it would “wipe out civilizations.”
Mainstream journalists reported, repeatedly, that the Amazon was “the lungs of the world,” and that deforestation was like a nuclear bomb going off.
As a result, half of the people surveyed around the world last year said they thought climate change would make humanity extinct. And in January, one out of five British children told pollsters they were having nightmares about climate change.
Whether or not you have children you must see how wrong this is. I admit I may be sensitive because I have a teenage daughter. After we talked about the science she was reassured. But her friends are deeply misinformed and thus, understandably, frightened. '
Shellenberger has written a book in support of his new position, and it certainly looks like one well worth buying.  Sadly, copies are unlikely to be pushed by government on to  schools in the UK in the way that Gore's misleading melodrama 'An Inconvenient Truth' was.
The book is due to be published in the UK on the 23rd of July. You can pre-order a copy on Amazon.
Here's hoping it is a good one.

Notes added 30 June 2020.
1. James Delingpole has reported that Forbes Magazine caved in to green pressure when it pulled the article, and notes that Shellenberger himself says that Forbes censored it.  Shellenberger has reproduced his article here.
2. Not all commenters accept Shellenberger's apology on behalf of 'environmentalists everywhere' (a little immodest perhaps!).  One such is Allan MacRae:  'Michael, your apology is NOT accepted. Here, in part, is why:':
HYPOTHESIS: RADICAL GREENS ARE THE GREAT KILLERS OF OUR AGE
( https://wattsupwiththat.com/2019/04/14/hypothesis-radical-greens-are-the-great-killers-of-our-age/ )

A disturbed youngster, a school drop-out, a low-information climate pundit, misled by climate misinformation fed to her by a teacher, and who wishes to wreck advanced societies and cripple the prospects of developing ones.  She needs help from compassionate people, and the exploitation of her by climate zealots should cease immediately to give her a better chance of a calmer life.

In Australia, though, someone posted a fake curriculum item calling for pupils to emulate her.  This was in New South Wales, where they have some previous in agitprop for children:

Thousands of school children truanted school to take part in the Climate Strike street protests.
One father pulled his son out of a state primary school in Bilambil, northern NSW, at the time after he was asked to 'dress like a hippy' by his teacher.
Matt Karlos, 38, took his 10-year-old son Max out, saying the teachers were making the kids terrified for the future and scaring them with climate change.
'The ideologies were in his face all the time,' Mr Karlos said.
In September, Alan Jones accused teachers of brainwashing vulnerable children.
The former 2GB radio host pointed to a report which claimed children under the age of 10 were experiencing anxiety from the climate change debate.
'Young people are going to be concerned, they believe their teachers, they actually think that they're at school and what they're being told is true,' he said.
'The notion of using children in all of this is scandalous and the politics of climate change has become poisonous.'
One small mercy here is that the NSW Education Department has taken down the offending material
'A spokesman from the NSW Education Department said they would investigate how the Thunberg lesson plans made it onto the official website.
'This web page was published without approval. We will have the web page taken down and reviewed,' he said. '

Note added later on 17 June  James Delingpole has spotted an interesting thing about the NSW Education Department's response:
'However, the NSW Education Department clearly wasn’t that concerned about feeding primary school children naked green propaganda, for the lesson plans were up on its website for nine months. It only took them down after concerns were raised by the newspaper.'

That newspaper is the Australian 'Daily Telegraph'

What we are up against in schools: a GCSE study guide on climate is brainwashing propaganda

'The whole chapter reads as little more than a propaganda sheet, filled with inaccuracies, half truths, emotive slogans, subliminal messages and a total lack of historical perspective.'

Paul Homewood has just reviewed a GCSE Study Guide used in Wales at least for the period 2010 to 2015.  He is not impressed by the section on climate change - see the above quote.  Extract:


'Just to pick up on a few points:
1) They mention the retreat of glaciers over the last 150 years, yet there is no mention at all of the Little Ice Age, or the fact that the very same glaciers expanded massively during that era.
Ironically, the chapter unwittingly contradicts itself on the final page, when it shows graphs for global temperatures and CO2 – note how CO2 levels began increasing from 1860, yet temperatures only began rising after 1900. Also the rise from then until 1940 was comparable to recent decades, despite the rise in CO2 being much smaller then. This of course suggests that simply blaming warming on CO2 is over simplistic.
2) They claim that extreme weather events are becoming more frequent. There is zero evidence to support this claim, as even the IPCC accept. In particular, the reference to increase in tropical storms is without foundation.
3) The claim that the UK has experienced some of the wettest, windiest and driest weather is also contradicted by the data. Indeed, as far as the last two are concerned the opposite is the case.
4) They claim that CO2 levels have never been as high as they are now. This is quite an astonishing claim, given that they have been much higher than now for most of the Earth’s history.
5) The next section called “What are the alternative futures”, is nothing more than an indulgence in scaremongering, with little basis in fact. Encouraging kids to imagine apocalyptic futures is not education.
6) Then we come to the case study in sea levels. Notice how they have gone from the previous claim of “up to 1 metre” to a map drawn at 5 metres above sea level.
7) If that lot was not bad enough, we finish with the spider diagram, specifically intended to get children to imagine the likely impacts of global warming.
Earthquakes, tsunamis, mass extinctions, plague, Greenland melting, nuclear war, refugees. Note also the subliminal messaging – Stern Report and Act Now.
Whoever has written this guide clearly has little knowledge about the subject, and has simply picked up a few talking points and applied a large dose of alarmism.'

As Paul notes at the end of his post, this sort of material can be used to brainwash young minds.  As he says, 'It is little wonder that the younger generation have become so paranoid about climate change.'
We must hope that one day, a great many parents will be able to refute such materials as and when they come across them, and be able to reassure their children that there are no grounds for alarm.  And that they may go on to request that their children's school drop such materials forthwith.

'Be prepared to budget some extra time in your already busy day to deprogram your kids when they come home from school, unless you spend a lot of money for private education and home schooling.'
This is a sensible response from a New Jersey radio station talkshow host called Dennis Malloy to the news that New Jersey is going to push 'climate crisis' into early schooling, beginning in kindergarten.

Thank goodness for some sanity in the face of this still escalating madness as reported by CNN:


'(CNN)New Jersey students will start learning about climate change in kindergarten and keep studying the crisis through graduation
under the state's new education standards.
The State Board of Education adopted the new guidelines on Wednesday --which outline what will be taught to New Jersey's 1.4 million students. 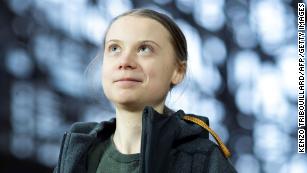 Tammy Murphy gets to feel good, the kids get to feel bad.  Not a good deal.  Parents everywhere should take heed, and get prepared to protect their children from the fatuous, ideologically-driven eco-scaremongering that others want to impose on them.
Posted by JS at 11:01 No comments: