Not Safe For School (NSFS): the mentalities of CO2 alarm 'scientists'

Here, thanks to Josh (hat-tip WUWT), is a graphic giving insight into what mentalities drive some climate scaremongers in 'science' (some are sincerely alarmed, but that may exclude many who are mainly doing it to make money from carbon trading, renewables subsidies, research grants, and so on, as well as those on the far-left who are doing it for political gain, and those on ego-trips):

Here is a recent example of 'panic' and 'ego' at work, an essay by James Dyke on the Conversation:
'Climate change: ‘We’ve created a civilisation hell bent on destroying itself – I’m terrified’, writes Earth scientist'
Extract:

“But what about the many millions of people directly threatened,” I went on. “Those living in low-lying nations, the farmers affected by abrupt changes in weather, kids exposed to new diseases?”


He gave a sigh, paused for a few seconds, and a sad, resigned smile crept over his face. He then simply said: “They will die.”
This essay, and another of the genre by Mark Maslin, are discussed at CliScep:   https://cliscep.com/2019/05/25/the-conversation-or-does-my-brain-look-big-in-this/  'Both of them are packed full of interesting facts. Unfortunately none of the facts are about the climate. Most of them are about Dyke and Maslin.'


We Can Do Better Than That


This is surely the ideal: cool, calm, and collected study of what we know and what we might do.  Here is a recent example, an essay by Ian Aitken published on WUWT:
'Climate Change Are We Experiencing a Climate Emergency?'
Extract:
'We know that climate change is happening – but the fact that climate change is happening (as it has for billions of years) does not in itself constitute an ‘emergency’ (or even necessarily a serious problem); global warming and climate change are not intrinsically bad things – few would want to return to the pre-industrial climates of the Little Ice Age. As the IPCC stated in their last Assessment Report, ‘Climate change may be beneficial for moderate climate change’. We are experiencing moderate climate change and it has indeed apparently been net-beneficial. '

But such reasonableness, such willingness to check with reality, is not a feature of climate alarm propaganda such as the deceits of the polar bear scare that had such an effect on poor Greta.  Who knows the extent of such scaremongering in schools - in Greta's case it may just have been one teacher acting on his or her initiative to share their personal fears with their pupils, but in some it will be an integral part of curricula.  The number of children in the recent wave of school 'strikes' who say they see no future for themselves because of 'climate change' is very saddening.  How they might be helped out of this wretched, and unwarranted view will be a focus of further posts here this year.

Christian Aid Wants to Deceive Children about Climate. Why?

'Someone sent me [Paul Homewood] this teachers study aid being circulated around schools by Christian Aid. 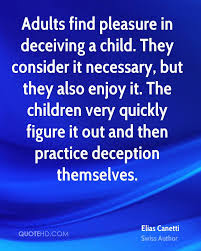 Far from being an educational aid, it is little more than insidious propaganda aimed at young kids.
It is so full of inaccuracies, exaggerations and significant omissions that it is hard to know where to start!'

For details of Paul's criticisms, see his post:
https://notalotofpeopleknowthat.wordpress.com/2019/05/04/christian-aids-blatant-climate-propaganda-for-schools/

Why does Christian Aid stoop to this level? Is it a victim of infiltration  by radicals intent on using the organisation as a vehicle for their political ambitions?  That would explain it.  They would not be the first:   https://climatelessons.blogspot.com/p/climate-curricula-school-curricula.html

Whatever the reason, the materials are unworthy of any organisation with aspirations to basic decency.