More of this please: in Michigan, a climate textbook removed from schools after errors exposed

(Hat tip: http://tomnelson.blogspot.com/) Sounds like this book is yet another potboiler, from the vivid school for scary stories, written by someone with no apparent background in science, but who has been so convinced by the outputs of radical environmental groups that she wants to recruit schoolchildren to the cause.  Here is a brief description of it:

'A Hot Planet Needs Cool Kids” holds up Al Gore as an “eco-hero;” promotes organizations such as Greenpeace and Rainforest Alliance; urges children to persuade their parents to “Vote Green” and buy organic; cautions against new-home construction, the plastics industry and conventional agriculture, and notes “many people believe that it is best for the earth for families to have no more than one child.” The 88-page book was written by Julie Hall, a resident of Bainbridge, Wash., cofounder of ProgressiveKids, “a planet-friendly” online company, and a poet whose work has been published in The Nation, a liberal magazine.' 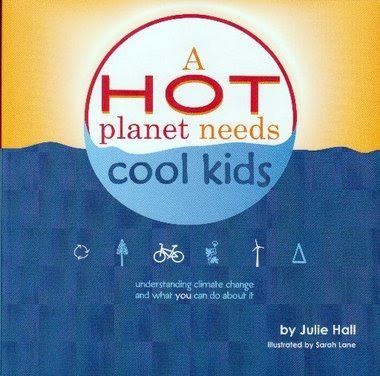 The book was criticised by a farmers' group because of serious errors in materials on agriculture.

The book has now has now been recalled, although the people involved still hold by some of the climate materials in it:

'A week after defending a self-published book on global warming  included in their science kits marketed to Michigan school districts, the Battle Creek Area Math and Science Center is now recalling all copies of the book.
“This book makes sweeping statements” unfounded in science, BCAMSC Director Connie Duncan said today. “We want to be sure the information we send out is 100 percent correct to the best of our knowledge.”
The BCAMSC is contacting schools and teachers, via telephone, mail, and the center's secure Website, “any way we could get hold of them,” Duncan said regarding the supplemental texts it included in kits of materials to teach seventh graders the science of climate change.'

As the 'madness of crowds' which has affected so much of society with regard to climate continues to subside, I hope and expect to see much more of this: the long overdue, critical evaluation of textbooks and curricula to identify and remove that which is designed not so much to inform, but rather to recruit.

Very interesting item. I'm going to study what is going on near me and let you know if I find anything 'actionable'!