Picture for the Classroom Wall: shut down Australia, save 0.01C of warming 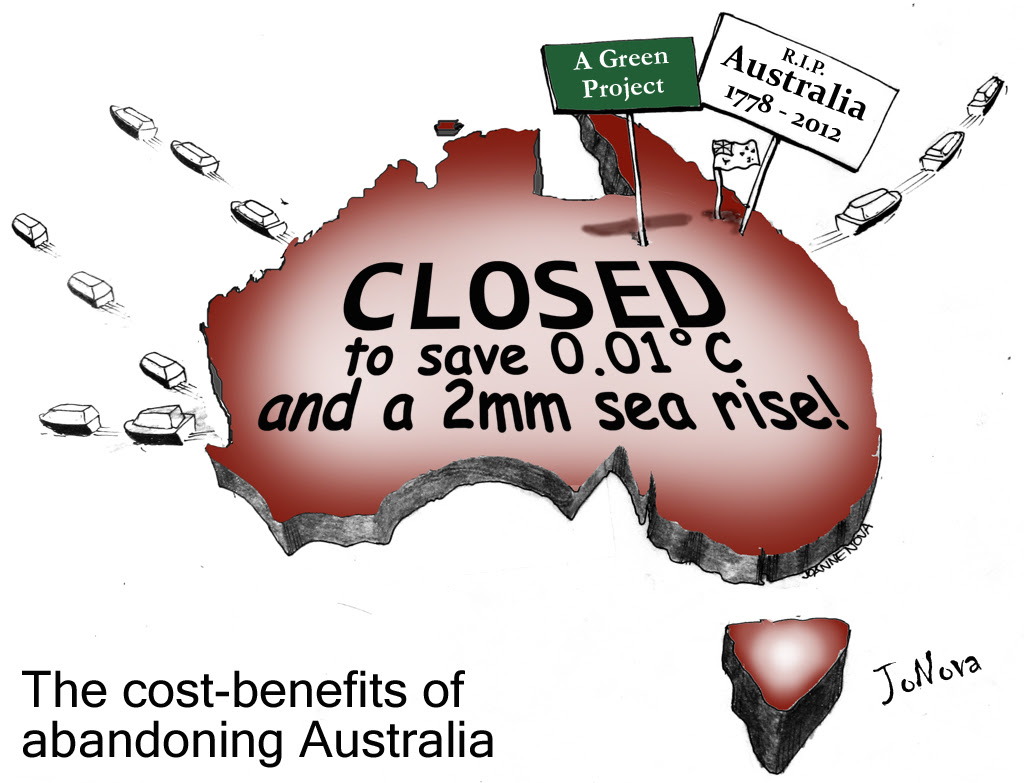 When it comes to that part of the curriculum calling for the children to suggest ways of reducing their 'carbon footprints', such as getting their parents to cancel holidays, turn off lights, reduce the heating, and so on, there is great scope for making them feel bad about their way of life, and the awful things their parents have done, such as buying a car or leaving the TV on standby, or buying food not produced in a nearby field, or, horror or horrors, not giving two hoots about it all.  The above diagram can help them see how worthwhile their actions could be in helping save the planet as it apparently hurtles like a snail towards a somewhat more congenial climate.

The calculations, based on IPCC-style science, are provided by SPPI in a report which can be downloaded from here:
http://scienceandpublicpolicy.org/originals/impacts_of_climate_mitigation_measures_in_australia.html

The report is very short, and the sums look easy enough.  Why not get a class to do them for your country?  Help the children see what all the fuss is about, and at the same time help yourself decide how much longer you can stomach pushing spirit-sapping mind-numbing propaganda from the WWF, the IPCC, etc, etc, etc

Notes added 8 March: (1) Here are some computation results for an EU scheme that would return an ostensible 0.002C impact for an expenditure of 2.9 trillion euros: http://notrickszone.com/2011/03/08/the-eus-serial-economy-killers-0-002%C2%B0c-for-e2-9-trillion/
(2) Here are results for many countries of the world, scroll down to find this table 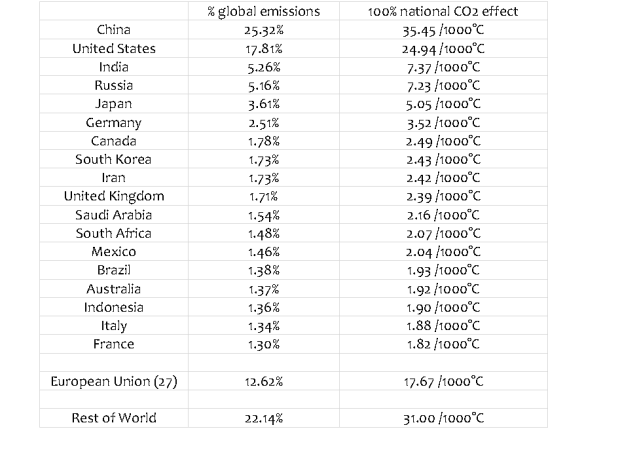 Which I interpret to mean 'shutting down Australia', for example would ostensibly give a temp drop of 1.92/1000 C, i.e. 0.0019C, which is a lot less than the result of 0.01C headlined in this post.  The method used was different, being based on the assumption that greenhouse gases mean the average temp of the Earth is 33C higher than it would be without them, and noting that only about 0.14C of this could reasonably be attributed to manmade CO2.  The earlier Australian value was ' ... calculated with Wigley 1998 protocol assuming that Australia would otherwise have kept producing about 3% of the total CO2 emissions of developed countries. The SPPI estimate uses Wigley’s (1998) mid-range emissions scenario (which itself is based upon the IPCC’s scenario “IS92a” ' (see link to Jo Nova's post above).
Note 1 added 14 March: Jo Nova has new calculations of temperature rises:' ..The effect, according to the IPCC’s theory of man-made global warming' is not alarming: http://joannenova.com.au/2011/03/carbon-tax-australia-welcome-to-futility-island/    100% reduction in Australian emissions from now to 2050 would reduce temps by 0.0154C using the IPCC approach, an approach which one can of course readily assume to be based more on PR-potential than good science.
Note 2 added 14 March.  USA.  Willis Eschenbach has been doing sums for a post on WUWT about the impact of EPA proposed CO2 reductions: 'Based on the reanalysis the results for projected atmospheric CO2 concentrations are estimated to be reduced by an average of 2.9 ppm (previously 3.0 ppm), global mean temperature is estimated to be reduced by 0.006 to 0.0015 °C by 2100.'
http://wattsupwiththat.com/2011/03/13/how-much-would-you-buy/