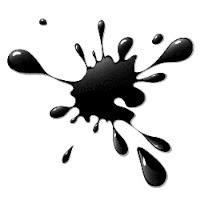 A distinguished climatologist, Dr Pat Michaels, has just published this on WUWT (I added the emboldening at the end):


'This paper marks, in my opinion, the death of credibility for Nature on global warming. The first symptoms showed up in 1996 when they published a paper by Ben Santer and 13 coauthors that was so obviously cherry-picked that it took me and my colleagues about three hours to completely destroy it. Things have gone steadily downhill, from a crazy screamer by Jonathan Patz on mortality from warming that didn’t even bother to examine whether fossil fuels were associated with extended lifespan (they are), to the recent Shakun debacle. But the latest whopper, by Ben Booth and his colleagues at the UK Met Office indeed signals the death of Nature in this field.'

Poor teachers. You are at the delivery end of the chain of intellectual corruption, or at best intellectual incompetence in which publications like Nature play their part.  But let us reserve our greatest pity and compassion for your pupils.

Nature is notorious in enlightened circles for publishing the hockey-stick contrivance by Mann, Bradley, and Hughes in 1998, and a follow-up by Mann in 1999, without following their requirement that authors should make data available on request.  (Further double-dealing by Nature in this area is described in Chapter 5 of Montford's The Hockey Stick Illusion).  The hockey-stick was a contrivance exploited to the full by the IPCC in AR3 a couple of years later.  Now we are a year or two away from AR5, and already authors have been rushing into print with candidate contrivances for similar treatment by the IPCC machine.  The latest is a peculiar (apparently one of the 'our computer says' kind) paper by UK Met Office researchers declaring that an Atlantic Multi-Decadal Oscillation (MDO) whose cycles and surges have been recorded for over 4,000 years in ice-cores, is due to 'dirty pollution and volcanoes' - that word 'dirty' being there presumably to distinguish it from the 'non-dirty' pollution, as the IPCC would see it, of CO2!  Now volcanoes by themselves would not be of any use to the IPCC, but 'dirty pollution'!  What a gift for the PR guys and gals.  No wonder the Met Office issued a press release about it.  No wonder Nature did an editorial around it.  And no wonder that calmer, more independent scientists are looking at it askance.  Another extract from the post by Michaels (emboldening mine):


For instance, Judith Curry had this to say at her blog, “Climate Etc.,”

Color me unconvinced by this paper. I suspect that if this paper had been submitted to J. Geophysical Research or J. Climate, it would have been rejected. In any event, a much more lengthy manuscript would have been submitted with more details, allowing people to more critically assess this. By publishing this, Nature seems to be looking for headlines, rather than promoting good science.

Sic transit another 'authority'!  Or, given the harm that climate alarm campaigners are doing to the world, should I say 'sick'?

Note added 16 April 2012.  A German meteorologist has just expressed his contempt for Nature magazine.  For example 'With climate models one can bring about the end of the world, and at the same time provide a little fun in an otherwise staid science scene. You can get your kicks out of it, generate lots of research funding, and keep the world in suspense through the media. This is what two science teams in the USA have done, and have published their fun-and-games in ‘Nature’, a publication that has long since stopped being a scientific journal and has become a comic book for climate junkies'
More here: http://notrickszone.com/2012/04/16/veteran-german-meteorologist-nature-journal-a-comic-book-climate-modeling-a-playground/

Note added 18 April 2012.  The investigative journalist Christopher Booker looks with dismay at the collaboration of Nature in climate alarmism over the years: http://www.telegraph.co.uk/comment/columnists/christopherbooker/9204223/In-the-eyes-of-Nature-warming-cant-be-natural.html.  (hat-tip: Climate Science)

Note added 04 May 2012.   The oceanographer Carl Wunsch at Oxford is reported on Bishop Hill as saying 'He seemed faintly disgusted by the lengths to which some climate scientists will go to get published in Nature or Science with the attendant publicity, media appearances and so on.  He sometimes found it difficult to tell which of the Daily Mail and Nature was the peer-reviewed journal and which the tabloid.  Nonetheless, he said, his colleagues  reassure him that just because something appears in Nature doesn't necessarily mean it's wrong.'

Note added 18 June 2012.   More evidence of the moral and intellectual degradation of Nature:
'Here is an extraordinary example of the depths to which academic journals are willing to go in support of the great green cause.
Count how many times Bain et al use the "d-word" in their paper on attitudes towards AGW - it certainly looks as if the authors intended to generate offence and controversy rather than truth and light. Hilariously, the authors are writing about how to convert people to the green cause!
I think it's pretty interesting that the editors have decided to give their backing to this kind of thing. One almost wonders if they are struggling for readers and need to try to get some attention. Of course it has long been clear that Nature has been so corrupted by greenery as to put a question mark over all of its output. This latest paper is just confirmation of what we already knew.'
http://www.bishop-hill.net/blog/2012/6/18/potty-mouthed-nature.html